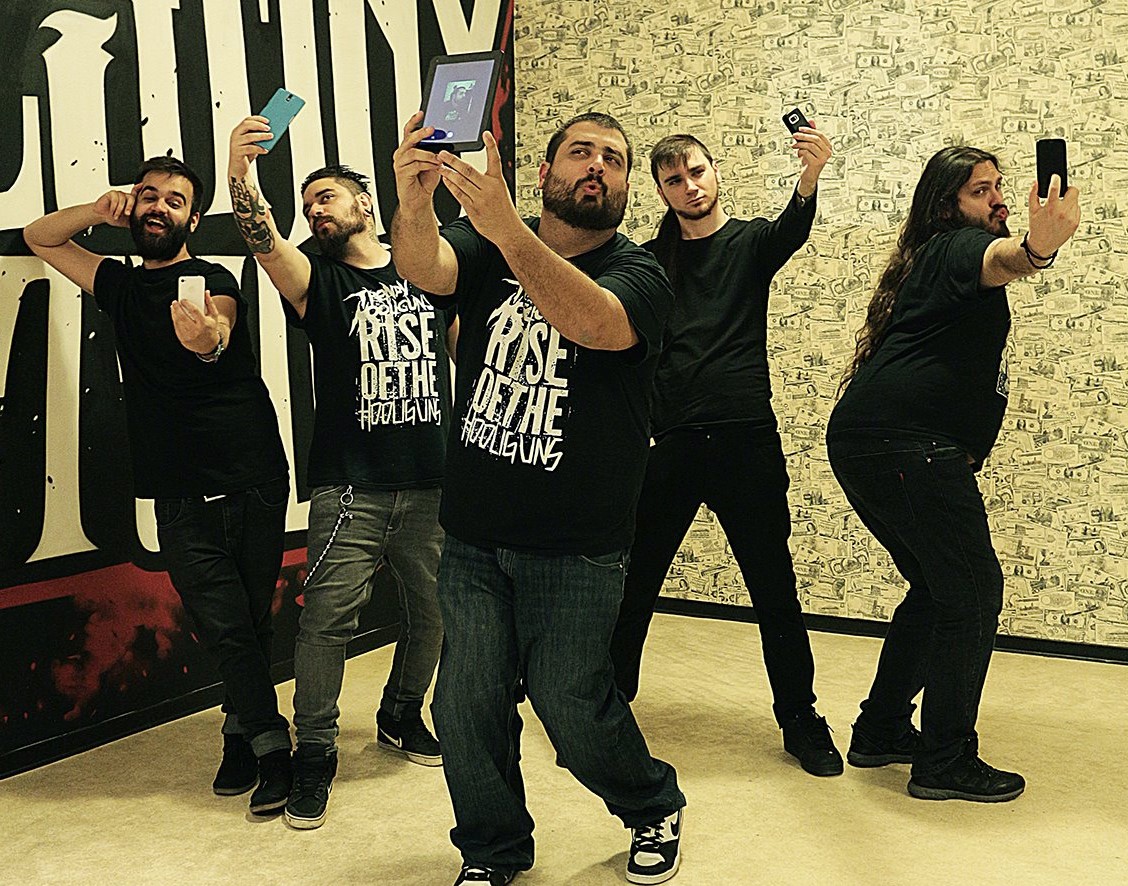 The Trendy HooliGuns is the band that was brought together in 2005 by Morton Karampouzouklidon. The band consists of five members – vocals, two guitars, bass and drums. In addition, band members are dealing with lyrics, music as well as video performances. They are particularly popular in their home country because of their multidimensional and satirical input which show Greek society in past decade.
In 2006 the band Trendy HooliGuns took part in the competition called Mad for Bands Contest. The band finished second. The first album was released in 2008 by Alpha Records. In 2010 the band released the second album in cooperation with Legend Recordings. It was particularly special because of participation of Dimitris Mentzelo. Furthermore, this album also included an original adaptation of the famous folk song Acrobat by Valantis.

In 2012 Trendy HooliGuns released their third album in electronic form. It was called Release the Kraken, and it was made in cooperation with Warner Music Greece. The band also presented their fourth album titled Rise of the HooliGuns which is particular for its satirical performance.

The Trendy HooliGuns also took part in some of the greatest festivals in Greece and throughout Europe such as Athenstuning Show and MAD Awards in 2007 and Metal Healing 2008. In these festivals, Trendy HooliGuns performed with some of the best artists and bands in Greece like Lakis Papadopoulos, Nikos Portokaloglou, Bempekos, Michael Kakepis, Imiskoubria, Immature, Wheels, Artemis-Efthymis, Rotting Christ, Hannibal, Psycochoke. Furthermore, the band appeared several times in music channel broadcasts on MAD TV.

It is tough to pick the best songs by the Trendy HooliGuns but following ten songs are an excellent choice for a start. Hopefully, you will like these songs and search for more!